Pen Friends ~ Nova, here. In today’s post I wanted to share a) exciting news b) an international writing contest where you can make a difference c) a final note of encouragement…OK? Thanks! 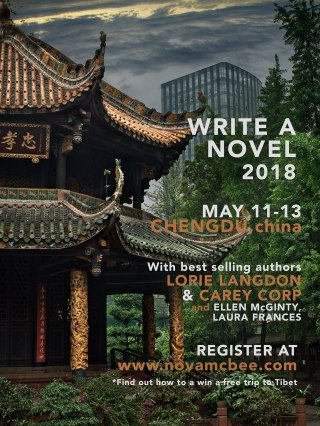 *This idea has been brewing in me for a couple years now, and wow, it feels good to see an idea become reality!

As for the amazing international opportunity, look down. 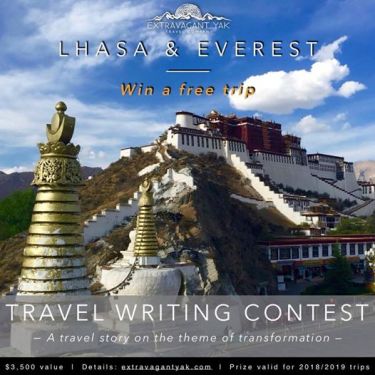 Free trip to Tibet by writing a 1-2 page story on the theme of transformation? Too good to be true?(It’s legit–I helped organize the contest.) The men who run Extravagant Yak Travel are my dear friends. I can’t express how awesome they are and how much they do for local Tibetans. The winner (s) get a pretty sweet deal and by just entering YOU get to help Tibetans too! So if you have a story to tell, get on it! They want to hear and spread it! You just might end up on the roof of the world!

Check it out @ Extravagant Yak

END_OF_DOCUMENT_TOKEN_TO_BE_REPLACED 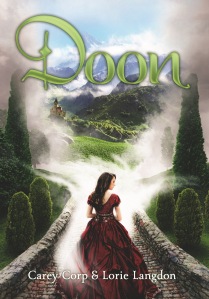 Veronica doesn’t think she’s going crazy. But why can’t anyone else see the mysterious blond boy who keeps popping up wherever she goes? When her best friend, Mackenna, invites her to spend the summer in Scotland, Veronica jumps at the opportunity to leave her complicated life behind for a few months.

But the Scottish countryside holds other plans.

Not only has the imaginary kilted boy followed her to Alloway, she and Mackenna uncover a strange set of rings and a very unnerving letter from Mackenna’s great aunt—and when the girls test the instructions Aunt Gracie left behind, they find themselves transported to a land that defies explanation. Doon seems like a real-life fairy tale, complete with one prince who has eyes for Mackenna and another who looks suspiciously like the boy from Veronica’s daydreams. But Doon has a dark underbelly as well. The two girls could have everything they’ve longed for…or they could end up breaking an enchantment and find themselves trapped in a world that has become a nightmare.

DOON is loosely based on the premise of the musical Brigadoon, with permission from the ALan Jay Lerner Estate and the Frederick Loewe Foundation.

I’ve got to be honest. I was hopelessly addicted to this series. So much love for these characters, and their story. It pulled on every string in my heart. The series brims with hope, innocence, adventure, faith, love, power, risk, dreams, truth, and power.

One of the coolest things in the book was the friendship between Veronica and Mackenna, the two protagonists. These best friends surprised me and quickly become my friends too. Lorie and Carey talk about these characters here in an interview I did with them.

Lorie and Carey co-authored the series, which gave them a unique advantage with their characters’ voice. Each MC was so different, so likable, so full of quirks and personality. I loved that the moment one of them spoke, I knew who was speaking. Best of all, Mackenna and Veronica were relatable in every way.

Through the book, and the series, I enjoyed the hilariousness. The musical obsessions. The Shakespeare. The references. The sense that we are made for more. The fantasy. The power of the love calling. And the desire to enter into other realms. I was drawn to Doon just as much as the girls!

And what of the two swoony, Scottish princes, you ask? Jaime and Duncan put on such a good show! They continued to impress or drive you crazy or melt your heart the entire series! **Kudos, ladies.

On world building. For someone who has lived in the UK, spent time in Scotland, and Italy, and around the world, I was smitten with the use of language and culture and setting, and even how in DOON it took on so many other cultures. Guys, it seriously made me want to hop on a plane…and I mean, searching internet prices. 🙂

Now here’s an confession.. the book cover gave me a different idea of what the story might be like. I almost didn’t read it! How silly is that? But we do judge books by their covers…Thank God I kept flipping!!! When I read the first chapter, I was enthralled with the voice of the book.

The plot was fast paced and not predictable. It held my interest the entire series.

In book one, I was drawn more to Veronica and Jaime’s story. When I started book two I didn’t think the plot or their love story could be as good or better…but wow. I was wrong! 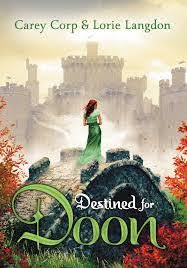 The love story between Mackenna and Duncan was so different to Jaime and Veronica’s and the plot so vastly new, again, I was so impressed and sucked in. I finished so quickly, it was one of those moments you were happy that you didn’t know about this series until all of them were out so you didn’t have to wait!

Mini Review: Again, by this time, you are so invested in the characters that you love doing things with them. This book adventured, and dreamed, and did again, new things! It was one of those books you didn’t want to be over, and Lorie and Carey gave me that in this book. 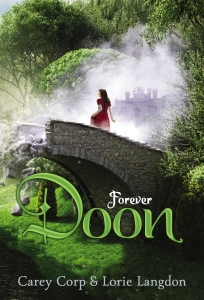 Mini review: Finally, I knew this was the end. The last book. It had better go out with a bang.

Then of course, what we don’t want to happen, happens. But the book does something new yet again and it does not disappoint.

Pen Friends ~ We are overjoyed to have YA Authors Lorie Langdon and Carey Corp with us today to talk about their co-written series DOON and their journey to becoming an author. 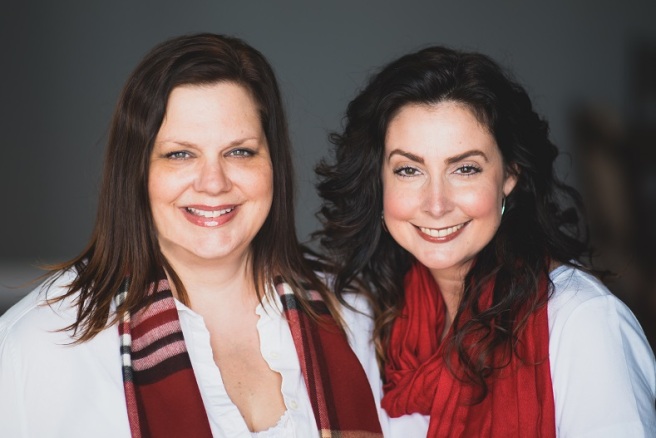 SP: Hi Carey and Lorie! Thanks for being with us. Can you start out by telling us a bit of who you are and when you started writing?

Lorie: Hi everyone! Thanks for having us on the blog! By way of brief introduction, I’m a wife, mom, Christ-follower, author, and Wonder Woman Wannabe. I’ve wanted to be an author since I read my first Judy Blume novel, but when I entered college that didn’t seem like a practical career choice, so I chose another path. It took many years of working in the business world for me to go back to my true calling.

Carey: Hey there! *waves* I’m Carey, mom, full time corporate marketer, pet lover, Believer, and Hamilton enthusiast (uh, that’s the PC way of saying obsessed, right?). I always wanted to be a writer, I just didn’t know it. When I was 7, I wrote a captivating retelling of Star Wars, see it here Lucas—shmookas! I wrote Star Wars. I spent the summer after 6th grade writing a hundred pages of soap opera that was a Santa Barbara knockoff. Then I forgot about writing until several lifetimes later when I had a crazy dream after watching the PJ Hogan live action version of Peter Pan. The next morning I wrote what would before the first chapter in my novel Shades of Neverland. From that day on, I was hooked (oh ya, pun intended). But it would still be another lifetime before getting published. END_OF_DOCUMENT_TOKEN_TO_BE_REPLACED