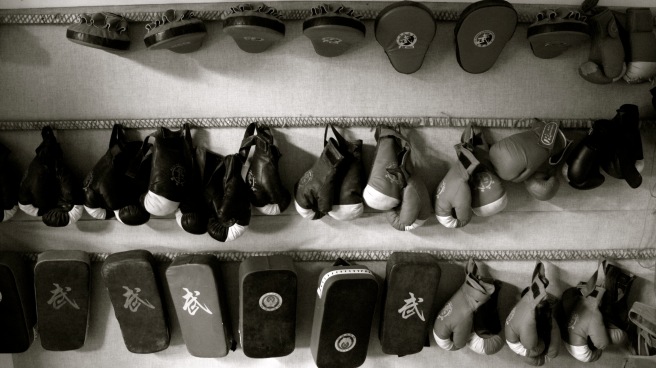 As we know, a good first line of a book (and chapter) can do much more than just begin the story. It grabs our attention, sets the tone, reveals something to come, lets us taste the narrative & voice, gives the first impression, and can be locked into our memory for years to come IF it is done well.

Look at the 7 approaches below and study them. (FYI: Thanks to Lorie Langdon for sharing these with us!)

I’ve also added links to some of the most popular first lines in YA Literature. Compare, enjoy, and then mentally put them into their correct categories. Then look at your own first lines. Where does it fit? Practice rewriting your first sentence. And if you are so bold, share it in the comments!

– Jane Austen’s Pride and Prejudice: “It is a truth universally acknowledged, that a single man in possession of a good fortune must be in want of a wife.”

– Paper Towns by John Green: “The way I figure it, everyone gets a miracle.”

– Isak Dinesen’s Out of Africa: “I had a farm in Africa.”

– Stardust by Neil Gaiman: “There once was a young man who wished to gain his Heart’s Desire.”

– The Old Man and The Sea by Ernest Hemingway: “He was an old man who fished alone in a skiff in the Gulf Stream and he had gone eighty-four days now without taking a fish..”

– Lorie’s current WIP:“A brisk gale whipped the sea into peaks that pitched the Skylark around like a leaf in a flooded stream.”

– The Sound and the Fury by William Faulkner: “Through the fence, between the curling flower spaces, I could see them hitting.”

– Six of Crows by Leigh Bardugo:“Joost had two problems: the moon and his mustache.”

– A Tale of Two Cities by Charles Dickens: “It was the best of times, it was the worst of times…”

– Heather Webb’s Becoming Josephine: “The missive arrived in the night.”

-A Court of Thorns and Roses by Sarah J. Maas:“The forest had become a labyrinth of snow and ice.”

-Maria V. Snyer’s Poison Study: “Locked in darkness that surrounded me like a coffin, I had nothing to distract me from my memories.”

Thanks Lorie, for sharing your tips with us! *Find Lorie’s books on amazon here & her website.

To Best The Boys by @maryweberauthor “The task is simple: Don a disguise. Survive the labyrinth . . . Best the boys. Every year for the past fifty-four years, the residents of Pinsbury Port have received a mysterious letter inviting all eligible-aged boys to compete for an esteemed scholarship to the all-male Stemwick University. The poorer residents look to see if their names are on the list. The wealthier look to see how likely their sons are to survive. And Rhen Tellur opens it to see if she can derive which substances the ink and parchment are created from, using her father’s microscope. In the province of Caldon, where women train in wifely duties and men pursue collegiate education, sixteen-year-old Rhen Tellur wants nothing more than to become a scientist. As the poor of her seaside town fall prey to a deadly disease, she and her father work desperately to find a cure. But when her mum succumbs to it as well? Rhen decides to take the future into her own hands—through the annual all-male scholarship competition. With her cousin, Seleni, by her side, the girls don disguises and enter Mr. Holm’s labyrinth, to best the boys and claim the scholarship prize. Except not everyone is ready for a girl who doesn’t know her place. And not everyone survives the deadly maze. Welcome to the labyrinth.” #yalit #yafantasy #bookalert #bookqueen #bookbeauty #yabooks #yareads
“She gets on my nerves…” A reviewer wrote this about the protagonist of my first novel, Occidis. Nice, huh? I’ve also received feedback from many readers who appreciate the very characteristics of the protagonist, Sophia, that seem to annoy others. Several writers that I know have experienced this same situation. It’s hard to create a main character that everyone in your audience will fully appreciate. For every person who goes for the classic supernaturally athletic and brave protagonist with the aesthetic of an undiscovered model, there’s going to be a person wishing for someone who wasn’t quite so athletic or brave or ridiculously attractive. But does every protagonist need to be likable? Let’s take a look at a modern protagonist who doesn’t fit into the classic mold of, “likable.” Katniss Everdeen, the ultimate dystopian heroine. She’s a beautiful character; in possession of so many rough characteristics, but also of strength and determination. Readers everywhere went crazy for Katniss, and the heroine was endeared to millions of people. But even though The Hunger Games received millions of 4 and 5-star ratings on Goodreads, there’s still a significant number of people who have rated it as low as… *Gasp* 1 STAR. Now, this isn’t entirely dependent on the appeal of Katniss. After all, not everyone is going to like your book, likewise… Not everyone is going to like your protagonist…no matter what you do. And guess what? That’s OK! Even typically “likable” people in real life are hardly ever liked by everyone. Different characteristics appeal to different people. Again, that’s ok! Flip side: I’m not saying having an appealing protagonist isn’t important. It is. Character likability is a huge draw for many readers. You need to make your character relatable and sympathetic. Readers should want to root for them. If the main character annoys your reader to no end, then there’s a big chance they won’t finish your story. If everyone absolutely hates your protagonist when that wasn’t your intention, then you probably went wrong somewhere. But even if you like your character, your character doesn’t have to be loved by everyone. Finish in the comments
Who’s reading what in the new year???? 2019 ended with these amazing books. What should I read next? . . . . #yalovin #yareads #yalover #yabooks #yalit #bookrecommendations #tbrpost #newbooks #bookstagram #bookdragon #bookobsessed #bookgirl #readersofinsta #iread #booksaremyfriends #lovereading #librarylove