How to be a Productive Writer – a (somewhat) unhelpful guide from a mom with three kids under 5.

Writers, we are all busy people so I’m going to break this into easy bullet points. But first, my (somewhat) unhelpful tip to be a productive writer and have a balanced family life.

Life will never be perfect – need I say that? When I strive to balance everything I’m stressed, hair falling out and ghosted by writerly angst.  No matter how good I am at multitasking, I still have to choose where my energy goes. I don’t know about you, but if I have to choose, it’s family.

So how does this help me be a productive writer? END_OF_DOCUMENT_TOKEN_TO_BE_REPLACED

Pen Friends, welcome Jessica Jade, a fabulous addition to the Spinning Pen. She’ll be joining us for a few months, sharing her journey on becoming an author — tips on writing, querying, YA fantasy, rejection, success, book reviews, and more! You’ll want to connect with her on twitter (link below) and see her beautiful novel aesthetics on her YA fantasy that she’s querying at the moment!

When I first started querying over two years ago, I thought I was ready—the manuscript, the query letter, everything.

Oh, I was wrong. Embarrassingly wrong.

END_OF_DOCUMENT_TOKEN_TO_BE_REPLACED

“She gets on my nerves…”

A reviewer wrote this about the protagonist of my first novel, Occidis. Nice, huh?

I’ve also received feedback from many readers who appreciate the very characteristics of the protagonist, Sophia, that seem to annoy others.

Several writers that I know have experienced this same situation. It’s hard to create a main character that everyone in your audience will fully appreciate. For every person who goes for the classic supernaturally athletic and brave protagonist with the aesthetic of an undiscovered model, there’s going to be a person wishing for someone who wasn’t quite so athletic or brave or ridiculously attractive.

But does every protagonist need to be likable? END_OF_DOCUMENT_TOKEN_TO_BE_REPLACED

Writers have always struggled to write. As far as I know, it has been that way since the dawn of stories. Even when that first caveman picked up the piece of charcoal to scratch his tale on the wall of his home, he thought, “Do I really have time for this? I have a life. My family needs me to keep them safe from sabretooth tigers, after all. Maybe I’ll do it tomorrow.”

This brings us to an equally old question that I will attempt to answer. END_OF_DOCUMENT_TOKEN_TO_BE_REPLACED

Pen Friends, we are so honored to have Irish Author Evie Gaughan, as our guest today to share some writing insight with us!

When writers are asked, ‘Where do you get your inspiration from?’, the perception is that there is one big idea from which the book just flows. While this is partially true, I have found as a writer that my books are more likely to be made up of several ideas, all drawn together in a seemingly random yet perfectly designed patchwork to form the storyline. What begins as a small, fragile idea, lodged in my subconscious, begins to attract other ideas that just magically seem to connect. It is during this ‘germinating’ phase that serendipity peeps out from behind corners, magazine articles, overheard conversations; drawing all manner of flotsam to the shores of your mind, creating a map of the story.

This makes it all sound terribly easy, which of course, it isn’t! Sometimes, patience and observation are the most difficult skills to master. Take my novel, The Mysterious Bakery On Rue De Paris. I had the initial idea and rushed at it, like an over-excited puppy. I was watching a TV show about an Irish chef living in France and she visited a renowned bakery in Paris that was shrouded in secrecy, as no-one knew who the baker was. No-one was ever seen entering or leaving and the patrons were very discreet. It’s all so long ago that I’m not sure where the TV show ended and my imagination began. Excited to get the story down, I rushed at my first draft, in which I hit the mother of all dead ends. My original plan for the story just didn’t work. I hadn’t given the idea enough time simmer, to see what other ingredients it might need. And one day, my main character Edith appeared in my head and took over the story, breathing new life into my draft.

Plotting a new book can be a very fraught time for a writer. END_OF_DOCUMENT_TOKEN_TO_BE_REPLACED

Most aspiring authors have been at the point where they have twenty different, brilliant ideas for book plots and try to write every single story all at once.

Or maybe some of you have an idea for one book and start writing without a plot or any sort of idea of where the book is going to end up  you just have a few ideas of what you want to include in your book.

The problem with these tactics, is that:

Or maybe those tactics work for you just fine. In that case you can stop reading this right now.

END_OF_DOCUMENT_TOKEN_TO_BE_REPLACED 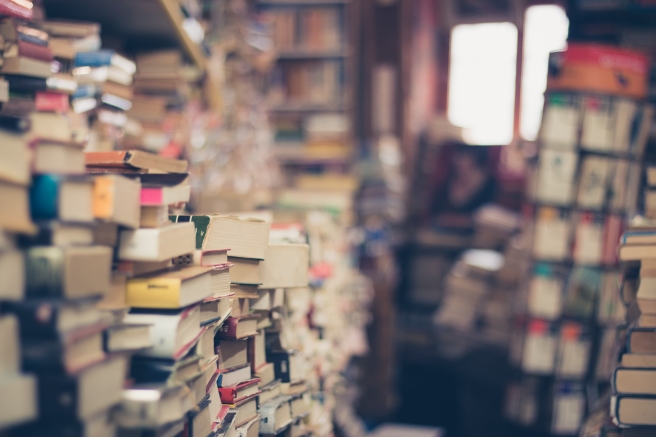 Obviously. I’m a writer. But up until recently, reading what other authors had to say just didn’t appeal to me. If they were successful I assumed they were just speaking with an air of entitlement: “I made it, so you should listen to what I have to say.” If they weren’t successful (yet) I assumed what they said was useless. These assumptions of course exclude “the greats” like Stephen King, Margaret Atwood etc. I think I’ve read On Writing by King three times now. But I am here today to admit, I was naive.

Other writers DO have something to say.

END_OF_DOCUMENT_TOKEN_TO_BE_REPLACED

Where are you in your writing journey? Are you NaNoing? Writing? Querying? On sub to publishers? In the midst of revisions? Taking time to read and improve your craft? Nurturing the seed of an amazing idea that’s taking root in your imagination?

Whichever of those things you are doing, or if you’re in a completely different place all together, I would like to take a minute to talk about something a lot of people would rather avoid.

No one likes to experience it, and a lot of us hold back on our dreams to shelter ourselves. But you know what? I’m a huge advocate for failing. I say let’s fail. Let’s fail BIG TIME.

Let me tell you a quick story. END_OF_DOCUMENT_TOKEN_TO_BE_REPLACED