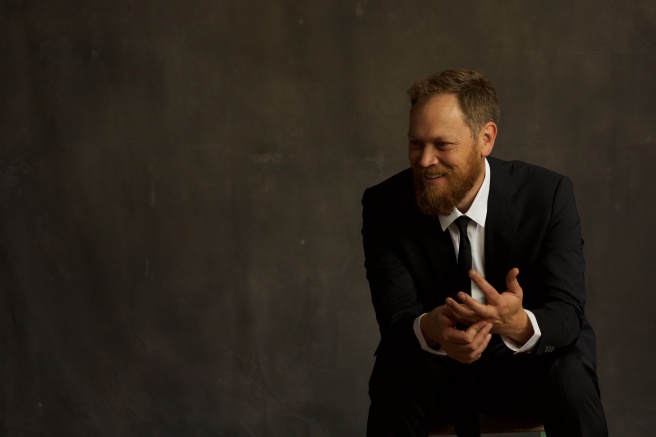 Pen Friends – Welcome Andrew Peterson! Come hear his take on writing, world building, and his journey in creating his epic series, The Wingfeather Saga, (which we cannot recommend enough).

SP: Can you tell us a bit of who you are and when you started writing?

Hello! I’m a father and a husband from Nashville. I started writing books about ten years ago, but as a touring singer/songwriter for about twenty years, stories have long been at the center of what I do. Ever since I was a kid I was into movies and music and drawing and books, and for a whole bunch of reasons my guitar was the horse that finally bore me out of town. I moved to Nashville right after college, signed a record deal, and have been doing music ever since. But the kinds of songs I love, and the kind I try to write, have always been the kind that have stories at their heart, partly because I’m a big reader, have always loved books, and never abandoned the dream of someday writing novels. About ten years ago, after reading the Narnia books to my kids, I decided it was time to stop messing around.

SP: The Wingfeather Saga is quite the epic adventure story. It’s humorous and witty, (equipped with comical footnotes to explain history in the world you’ve created), it’s also daring, thoughtful, and embedded with powerful themes. Where did the idea come from?

I don’t know how it works with other kinds of books, but with fantasy novels I think the whole story comes from building the world. With fantasy, you have to do research just like you would with, say, a Civil War novel. You have to learn about the customs, the money they used, the way they talked, etc. If you don’t know those things, the story won’t feel authentic. So with a made-up world, you have to do a ton of “research,” which for me meant drawing maps, writing the history, the creation story, figuring out the politics, religion, magic, and also populating the world with creatures. It wasn’t until I had done weeks of super-nerdy world building that the story started to grow. But I also didn’t want to write a story that would take itself too seriously. One of the things I loved about Harry Potter was the almost cartoony nature of the names and characters, even though it had this deep and epic scope. I loved The Princess Bride, but I also loved Lord of the Rings. Since I was writing this for my kids (and hopefully lots of families), I wanted to capture that same mashup of whimsical and epic.

SP: Let’s talk world building. You’ve created a truly unique world. Instead of including already established mythical creatures in your stories, you created your own. Can you share a bit about how you developed this fantasy world and all the creatures that live within it?

One of the lightbulbs that came on for me was when our family happened to watch the BBC documentary Planet Earth. Not only is it a wonderfully produced documentary, it reminded me just how full of strangeness and danger and delight our world is. It reminded me that right now, somewhere on earth, there’s a “vampire squid of the deep” creeping around in the dark, not to mention snow leopards and venus flytraps. Tolkien wrote this wonderful essay called “On Fairy Stories,” in which he talks about the imagination—specifically about storytelling and world-building—as the second highest use of our human creative faculties (the highest, of course, being the ability to procreate; having babies is a far more wonderful thing than writing books). So the exercise of the imagination for the purpose of telling a story is something to be taken very seriously—and for me, creating a totally strange and (hopefully) wonderful world was crucial.

That’s a good question, and I’d answer it differently depending on what I had for breakfast, but Peet the Sock Man was probably the character that surprised me the most. He started out as a gag. I had no idea why he was crazy, or why he hid in the forest, or why he wore socks on his hands. My brother’s nickname is Pete, and since the three kids in the story were already loosely based on my own three children who have a somewhat crazy Uncle Pete, I thought it would be fun to throw him into the story. It turned out that the socks on his arms and his craziness were because of some deep psychological and physical pain that’s slowly revealed over the course of the four books. Of all the characters, Peet seems to have resonated with readers the most, and I never would have guessed that. I relate to all the characters (even the bad guys) to some degree, but Janner’s internal struggle probably most closely mirrors my own. And to be honest some of the Fangs made me laugh more than anything else.

SP: Your style, at least in book one, On the Edge of the Dark Sea of Darkness, reminds me of Meghan Whalen Turner’s Thief of Attolia — it made me want to reread it immediately after I finished because of all the hidden plot weaved into the beginning that was later revealed- Are there any authors that influenced you, your style, and your book along the way?

I’m so glad you felt that way about book one! We probably don’t have enough time to get into the tons of authors who influenced me along the way. Lemony Snicket’s Series of Unfortunate Events, Kate DiCamillo’s The Tale of Despereaux, N. D. Wilson’s 100 Cupboards, Katherine Paterson’s Bridge to Terabithia, the Harry Potter books, Lewis, Tolkien, Wendell Berry, Chesterton, George MacDonald, A. S. Peterson’s The Fiddler’s Gun, Richard Adams’s Watership Down, to name a few.

SP: What are some differences and challenges in plotting a series of novels instead of just one novel?

One of the biggest problems is tying up all the loose ends. It’s easy, early on in a series, to introduce a fun little mystery or a character or idea and to think, “This is cool, but I’ll worry about completing this story arc later,” or “I’ll explain why all this happened in book four.” At the time, your mind is full of the impliations or explanations and you’re certain that you’ll remember all the nuances when you need to. But then the story takes over and you end up either forgetting about whole characters/scenes or realizing that they weren’t consistent with the world or what the story grew into. For example, I totally forgot about Armulyn the Bard (from book one) until someone emailed me with a theory about his part in the story. I smacked my forehead and realized that I needed to put him to work in book four or there would be a glaring inconsistency in the series—a pointless character. It’s a lot of work to tie up loose ends, but it’s also one of the most satisfying things in the world to discover a treasure in the process. Sometimes when you’re written into a corner you find your best stuff. Then when readers circle back around, they see that certain themes launched in book one actually land somewhere in book four. That’s not because I’m smart, but because of astute editors and readers raising good questions that forced me to figure out the problem. One of my biggest fears was that I would end this series like they ended the show Lost. Do you remember that? I loved that show, but they totally wimped out, in my opinion. The series was so full of mystery, so many amazing moments where the viewers were gobsmacked, and then at the end the writers admitted that they really didn’t have any master plan. They just sort of gave up. And the bad thing is, it had a retroactive effect on the story. Now none of the early episodes of Lost seem interesting now because the ending was so lame.

SP: We hear that Wingfeather is going to the screen? That’s exciting! Can you tell us more? (about the kickstarter?)

Oh, man! This is such a fun thing. We decided to launch a Kickstarter campaign in order to develop an animated series of all four books. A lot of readers have asked about a movie of the Wingfeather Saga, and it just never felt right to me. But then the idea of telling the whole story, over the course of several seasons, got me really pumped. We developed the idea for about a year, put together an awesome team of animators (including Tom Owens, who played a big role in the How to Train Your Dragon series), and just launched. The awesome thing is, we hit $110,000 in just 48 hours. We’re getting closer and closer to funding a full pilot episode, and would love your help. The goal is to get Netflix or another online platform on board, so families can experience this story together for years.

I usually drink coffee at my local Starbucks. I’ve spent a lot of hours camped out in those comfy chairs—and I actually thanked them in my third book.

SP: If you could give only one piece of writing advice to an aspiring novelist, what would it be?

Read like crazy. And read widely—not just in your genre. And pray for help.

SP: Where can we find you and your books?

SP: Thanks Andrew! We wish you all the success!

Thank you so much!

GIVEAWAY: To win a copy of his first book, On the Edge of the Dark Sea of Darkness, you must be a follower of our blog and be the first to email thespinningpen@gmail.com with the name of Andrew Peterson’s favorite place to write!