Continuing from last time, here are some other roles a writer might use animals for: 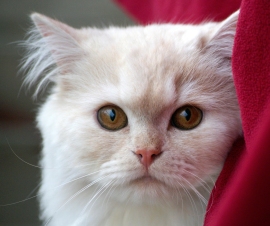 If your mind went immediately to a fluffy white cat perched on the lap of a dark-clothed villain, then that writer from long ago did something right – because you remembered it! Even though these days, a similar scene would probably cause you to assume the villain is bumbling fool, those types of tropes and cliches are around for a reason – they were an idea that became popular, and therefore became recognizable to the wider public any time they are used.

And wouldn’t you like for your villain to have that kind of fame?

Whether your villain speaks to their animal (and the animal can speak back or not), a good companion isn’t just for the heroes; the best villains have someone or something they care for deeply, and are willing to go to terrible lengths for. 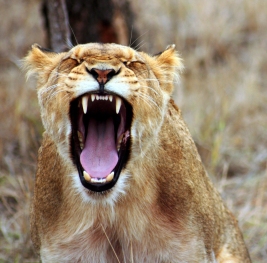 A loyal, fierce animal can be a threat to the hero, just as much as a villain’s clever human ally. Or perhaps the type of animal the villain has chosen serves a particular kind of role within his forces – either serving a purpose or acting as the mascot for them.

Fantasy worlds are often populated by a bevy of fantastic creatures. If your hero(es) is going on a journey or a quest through that kind of world, what kinds of creatures are they going to encounter? If they’re camping outside, what creatures will steal their food? Be attracted to their fire? Attack them?

And if you’re going to use “traditional” fantasy creatures, how do their special natures affect the landscape your characters are traveling through? If there are fire-breathing dragons, do they live in a desert-like area, or deep in the mountains? What kinds of personalities do they have? What affect would vicious sea creatures have on water travel or shipping?

And then for the worlds that are not fantastic, but based more on the real world, what animals are going to be around your heroes? Are the heroes living primarily in a city – pests, rodents, lots of birds? Or traveling through a tropical forest – endless types of birds, bugs, monkeys, snakes and other dangerous creatures?

Think about domesticated animals – what kinds of smells do they cause if your heroes live in a castle keep? What if they’re on a farm? If they have to travel by horseback, there’s a lot of information to research before you have your hero jumping onto the nearest pony!

Even in a science fiction world, some animals must be around, even if it’s just the radioactive cockroaches.

So what kinds of creatures are around your heroes? I’d love to hear your thoughts in the comments on how to creatively include creatures into stories!