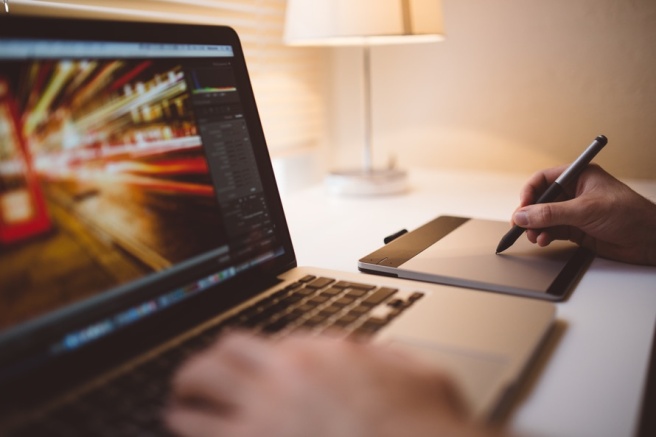 I am currently 70,000+ words, about two-thirds of the way, into my first novel, and I’ve already learned so much. While it sounds a little unprofound and self-explanatory, I’ll only get to write my first novel once. I want to document what I’ve learned while it’s still fresh so that you guys can read it, and so I can look back on it. That being said, let’s jump right in!

1) Keep realistic expectation for your novel

Some of you just read that and thought “Wow, he’s going to tell me that my book won’t be any good, it won’t sell, I’ll be a failure, and I’ll live in the subway systems fighting rats for scraps of food until I die a lonely death.”

No, I’m not saying that. I’m not even saying that your book won’t get published. You could be the next Christopher Paolini by publishing your first novel and attaining instant success for all I know.

What I am saying is that you have to be mentally tough and ready to accept any outcome. If you start your first novel with the mindset of “I am going to become a bestselling author”, the chances are that you’ll never finish, and if you do, you’ll probably be hopelessly disappointed. Trust me, I would know.

In the end, you have to be willing to write your novel even if you know that only your family and a few friends will read it. If you do this, the times when you are gripped by discouragement because of the lack of progress, disappointment when you compare it to the “greats”, and dejection when publishers reject the manuscript, will all seem like dull noise in the background.

2) Plan in detail, but leave room for inspiration

This one is really tough for me. Writing this first novel really helped me to understand what works and what doesn’t work about my plot outlines. I found that there is a precarious equilibrium you have to tread between not enough planning and too much. I’ve managed to achieve both ends of the spectrum many times. As a result, I have some tips about how not to plan, if that’s what you’re looking for.

The first third of my book was planned in detail by scene. I knew what the outcome of every scene was, and I knew how I was going to reach that outcome. There really wasn’t much room for freedom. The result was a comprehensive plot, but the exposition was rigid with a forced outcome.

The second third was planned by chapter in which I had goals to attain, but vague instruction on how they would come to be. This left a lot of freedom for my characters to react, for suspense to build, and for inspiration to flow. I was closer to the needed balance, but I was still a bit off. I had strong character interactions with creative scenes, but this part of the novel ended up much longer than I intended. Still, a little editing should solve that easily.

I know you’re excited to hear about the perfect amount of outlining you need to do. Well, it sucks to be you right now because I don’t have the answer.

Okay, I do have advice, but not a quantitative amount. The truth is, the “Sweet Spot” is different for each person. You’ll just have to figure it out on your own. However, I would recommend you plot your entire story by events, then break those events into scene groups.

See below for an example of the beginning of a story I just made it up.

Events: Run away from home-> Is on the run for a while (reunites with brother)-> Captured

Scene Group from highlighted above: Travel Through Forest-> Stop at town and resupply-> Find brother in woods

This is just a simple example, but you can see how this gives structure, and still leaves room for spur of the moment writing. Maybe at the town you decide that a soldier recognizes the boy and he has to make a getaway. Or perhaps his brother accidentally attacks him in the woods because he’s a little paranoid. You get the gist.

This seems to work for me, but again, find what works for you. I prefer a bit of ambiguity, but maybe you’d like a huge detailed plot where you just fill it in with the correct stuff. Or maybe you just want some key events and you’ll get there how you get there!

3) Pace is SO Important

Pacing is really difficult to master. I need a lot of work in this area, but I’ve also learned a whole lot about it from my book. There are two really important things to remember for this.

There can’t be nonstop action

This is something I’ve always struggled with. I want my story to just keep going with battle after battle, conflict after conflict. But the audience can’t sustain that pace. You have to build up to these battles, then after they happen, have another lull. This makes the exciting moments more captivated.  The lulls also allow them to breath a sigh of relief.

The slow parts shouldn’t be boring

Slow pace does not mean your readers can start using your book to cure insomnia. I learned this one from classics like Harry Potter and Percy Jackson. The lull in action should keep your audience engaged with interesting settings, fun characters, and good buildup. This is why intriguing characters are so important: they keep your readers reading.

Characters drive the story! I loved the Harry Potter and Percy Jackson books and can name literally every character in them. Why? I absolutely love the characters, their names, and their personalities.

It’s no surprise that I devoured those book series in a matter of weeks. When your readers connect with your characters, they’ll see the book through. Here are a few ways to achieve this much needed relationship.

For the most part, this is the best route to take. There are other ways to create engaging characters that we’ll cover in a second, but the most reliable way is through likable characters. Harry Potter’s bravery, Percy Jackson’s upfront approach to bullies, and Eragon’s curiosity are all things that endear us to the characters. Make your characters unique, but make them likable.

Your characters have to have flaws

They need to be likable, but someone who is perfect at everything is just annoying. My character for example, is riddled with guilt. Not only that, but he keeps making the same mistake over and over again. This creates some sympathy from the readers and makes him more human.

This is something your characters really need if they aren’t likable. I mentioned earlier that you can get away with a main character who isn’t likable, and this is how. Make them so strange, so exotic, so fascinating, or so gruesome that the reader is captivated.

This is really tough, but some people can do it. Books that follow murderers, schizophrenics, or savage businessmen are some examples. Even if your character is likable, making them interesting, slightly unpredictable (though still consistent), or mysterious is very useful. Give them a clouded past, an ominous future, or a strange habit that sets them apart. It’s up to you!

Alright, I know that’s a lot, but writing your first novel is a very enlightening experience! I hope you enjoyed this and learned a lot.

See ya next time, folks.

This post is by guest, Caleb Robinson. Check out more of his work here!