Today’s post is inspired by real life events: driving home from Dallas, I was half a block away from my house when the car in front of me at a green light did not go.

I honked politely. I honked longer. I laid on the horn. Absolutely nothing. The light turned red, and I shook my head in disbelief.

As I had a full light cycle to consider my next course of action, I decided at the next green light, if they did not move, I would go around them. That’s exactly what happened, but as I passed the vehicle, I looked inside, and saw the driver was passed out. Yikes! Not what I was expecting.

Does this ever happen in your stories? You think you have a plan for your story – all the main plot points, the path to the climatic event, the catharsis of a happy ending – and then it all gets derailed when a character does something totally unexpected, or the plot suddenly turns on you, like the family dog gone feral.

What do you do when this happens? Are you tempted to whip that plot back into shape, pretending the wildness never happened? Or are you going to let it run helter-skelter wherever it likes, hoping that something amazing will come out of it?

I don’t think either choice is necessarily wrong, but there’s probably more we can do as writers with these sudden surprises.

Let’s be real: our stories come from somewhere in our hearts and minds. If a sudden catastrophe takes over your story, it isn’t (usually) an outside force introducing this. It’s also something from your mind. Not everything your head dreams up is going to be successful or necessary in your story, but “game-changers” should warrant some real thought before you throw them out with all the extra adjectives.

Do you see what I mean? 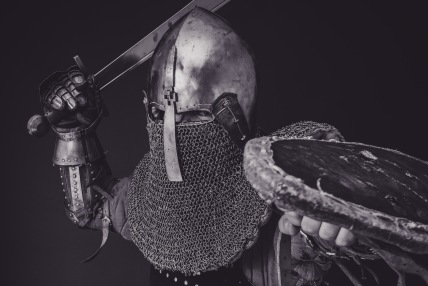 On the other side of the spectrum, there’s letting a new idea overtake your story to the point of it no longer resembling the original tale you were crafting. (Sometimes that’s actually what needs to happen, but I won’t go into that topic here).

I’ve heard some authors describe the writing of a story like trying to ride a half-tame horse. Not much say at first in directing the horse’s head, or the speed – just doing your best to stay on its back. Getting the horse – or rather, the story – to listen to you can be a difficult battle. But just giving up and letting the story go wherever it wants without trying to gain some input and control won’t result in something other people want to read.

You have to come to a place of compromise – letting the story tell you things you never knew or expected about it, while also firmly holding onto the reigns. And if the destination of your story changes, you haven’t wasted your time going down other pathways. You learned something, your practiced writing something, and most likely, you now have something valuable to take with you in this new direction.

The end of the real life example ended peacefully, if not happily for the driver: firemen, ETMC techs and police were the sights that he woke up to, the unexpected having consequences he didn’t plan for when he started his day.

What kind of unexpected events have come into your writing? Hope to see you in the comments!

*If you got the reference, hello fellow Bat/Oscar Wilde fans!

2 thoughts on “Expect the Unexpected*”