Pen Friends~ It’s my honor to welcome YA Author Caitlin Sangster to the Spinning Pen. This amazing lady shares something very special with me– a love for travel and Asia! Which kind of inspired her debut, Last Star Burning– a thrilling dystopian, fantasy, fairytale, blend of awesome. Today she will share all kinds of gems with us: her writing journey, world building tips, and more! 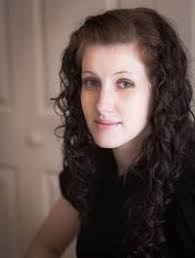 SP: Hi Caitlin! Thanks so much for joining us! First, can you please tell us a bit of who are you and how long have you have been writing?

CS: Hi! I’m so glad to be here! I’ve been writing on and off since I was a kid, but started seriously writing about five years ago. I’ve lived in California, China, Taiwan, Montana, and, most recently Utah. In college, I did a BA in Asian Studies with an emphasis in China (and am, consequently, a huge Chinese history and politics nerd). I love to run and wish I were a ballroom dancer. Lost but very much not least, I have four delightfully disruptive children ages seven and under.

SP: Your debut, Last Star Burning has been described as a dystopian/fantasy mix with inspiration from China’s history and culture. As someone who lives in China, and loves both dystopian & fantasy, this book totally hit the mark. Can you explain when and where you got your inspiration? Was it in country? Was it during your studies? 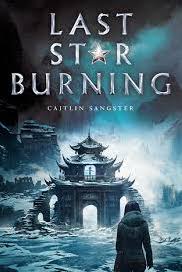 CS: Well, so as you well know because you live in China, the world is kind of a lot bigger than most people realize. At least people who don’t have a chance to go live somewhere else where people do things differently, speak differently, and just . . . aren’t the same. You can’t experience that as a tourist or as without speaking the language.

Both times I lived out of country, I came home just wanting to share how cool China and Taiwan were…or even moving from Montana to Utah or wherever…people and places are all just…different. And when I decided to write a book I wanted to share a little of that different-ness, which isn’t actually a word. On top of that, I have three younger sisters adopted from China as teenagers who were struggling to get into reading in English because it wasn’t just a matter of understanding the words, it was a culture disconnect. Try reading Percy Jackson if Greek mythology hasn’t been something that has just been a part of your life since…forever. There’s a whole extra learning curve in addition to idioms and slang…and it was hard on them. I wanted to write something that might sound a little more familiar for them.

So, combine that with my time spent studying Asian studies and there you have it. Chinese history is my love.

SP: What was your favorite part about living in China & Taiwan? Any embarrassing cultural anecdote/wisdom you gleaned from Asia that you care to share?

CS: Oh my goodness I could share so many embarrassing anecdotes. I have two favorite language mess-up stories, one of which is not mine, but must, must, must be shared:

A friend of mine was teaching an informal conversational English class and one of the students asked him what the word “ton” meant. You know, the weight measurement. Two-thousand pounds. He didn’t know how to say “ton” in Chinese, and instead of looking it up, he thought maybe he could cobble together some Chinese words and hope for the best. He put together “ying” which was supposed to mean England I guess (in Chinese, it’s “Yingguo”) and “jing” which was supposed to be “pound.” Yingjing. English…pounds? Which doesn’t even make sense. But it was even better in the class, because the students all thought he said “yinjing” which means penis.

So a ton, in that class, means two-thousand yinjing. Two-thousand penises.

Story number 2: Once (and I’m quick to say this was before I spoke Chinese very well) I was sitting talking to some kids, the oldest of whom was a fourteen-year-old boy. He was trying to do something, I can’t remember what, but I asked him if I could help. Only I asked wrong. Instead of asking “can I help you?” I, using the correct word for help, but the incorrect sentence structure, pretty much propositioned a fourteen-year-old boy.

I’m happy he laughed about it.

As for favorite things…man, how do you choose. The people I knew and the friends I made . . . I loved the language, the food, the amazing idioms, which I can’t learn enough of so I’ll probably always sound like a hick when I talk. I loved coming up on those differences between our cultures, and going from being completely clueless to being proud of myself for not making anyone (at least openly) laugh at me.

SP: Is LSB your first ever novel? Did it take you a long time? Was it a breeze? What helped you finish?

CS: Yes, it is. I wouldn’t say it was easy to finish, exactly…I just set my mind to it and did it. I loved writing once I started and I couldn’t stop until I was done. The middle part–the part where you feel like everything you are writing is terrible, so why keep trying?–I just refused to let myself give up. It was my escape from little sticky hands, so I wanted to make the time count.

SP: Out of all the amazing characters in LSB, which is your favorite?

CS: I really like Sev because even though she’s sort of reeling and can’t get her feet under her, she doesn’t give up. I like Howl because he’s full of salt. And June because she doesn’t have to talk to get her point across. I like ALL OF THEM 🙂

I cold queried, so it was a bit of a bumpy ride finding an agent, but once I found Victoria, I knew she was right because dystopias were really hard to sell at the time, and she wanted to take me on anyway. When I asked her about what her approach to selling a genre that was kind of down, she said, “I like your writing, Caitlin. If this book doesn’t sell, you’ll write another one and we’ll sell that.”

SP: From what I understand, LSB is series and book two is already underway. Did you write LSB with a series in mind or did it process naturally into one? How is writing book two compared to book one?

CS: I did mean for it to be a series. I love books that give you enough time with the characters to really bond and get to know them and see how much they grow. To be fair, not all characters need THAT much time, but series give you so much room to explore, and that’s what I wanted. LSB is the first of three, and SHATTER THE SUNS (book 2) will be out next fall.

SP: Do you have other projects in the works that are unrelated to LSB?

CS: Yes indeed I do. I have a middle grade fantasy book I’d really, really like to get out there, but I suppose we’ll see. Also, when I’m not working on the LSB series, I’m secretly tweaking a space opera project that I hope will be the next thing I have for readers. 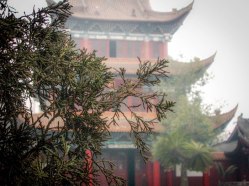 SP: You used history, fairytales, fantasy, modern realities all within one world–can you tell us your favorite part about world-building?

CS: WORLD BUILDING IS SO COOL. I love thinking through the way one little detail can affect your character’s voice and the world around them. With the Chinese influence in LSB, having people thinking in terms of the game wieqi and Howl scowling over lychee-flavored things…it’s the little details that are the most fun. Where something that is super important to you just sort of peeks out in lines of dialogue or twist your characters into different shapes than they ever would have been before.

CS: Just keep writing. Don’t let yourself give up. Finish something. Then get feedback and revise it. It’s not a failure if you don’t get it perfect the first time.

SP: Fav drink while writing? Favorite food from China that you miss? (Optional)

CS: I can’t eat or drink or do anything while I’m writing. AND my favorite Chinese food is street rice in Urumqi. And Danbaofan. AND THE FRUIT. Oh my goodness I wish I lived closer to the equator and could have such good fruit.

SP: Fav thing to do when you’re not writing? (Optional!)

SP: Lastly, where can we learn more about YOU and your books?

Thanks so much for interviewing me and for all the nice things you’ve said about my book!!