Pen Friends, I’m so excited to introduce you to debut YA Author, Joanna Hathaway who will talk about her YA Fantasy (with Historical aspects), Dark of the West, which comes out February tomorrow, the 5th!!! Let’s hear what she has to say about books, publishing, marketing and more! 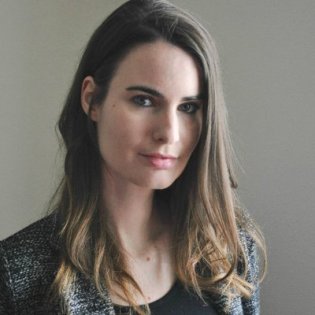 SP: Hi, Joanna! Thanks for joining us! Congrats on your debut coming out in February! I bet you’re getting excited!  But before we dive into all the book stuff, can you please tell us a bit of who are you and how long have you have been writing?

JH: Thanks so very much for having me! Yes, it’s getting very exciting, and as you mentioned, Dark of the West is my debut. It’s my first book to be published — but it’s also the first book I’ve ever finished! I started working on it when I was in university, over a decade ago, and it was the only story that stuck with me through the years. I like to say that I “grew up” as a writer with this book. I’ve revised it so many times, and in so many different ways, that it’s taught me most of what I know about craft at this point. I know many authors write a few different books before they reach The One, but for me it took agonizing over countless drafts to makeDark of the West become The One!

SP: Your debut, Dark of the West, will come out February 5th! From the first moment I read your description, I knew I would LOVE this book!

Aurelia Isendare is a princess of a small kingdom in the North, raised in privilege but shielded from politics as her brother prepares to step up to the throne. Halfway around the world, Athan Dakar, the youngest son of a ruthless general, is a fighter pilot longing for a life away from the front lines. When Athan’s mother is shot and killed, his father is convinced it’s the work of his old rival, the Queen of Etania—Aurelia’s mother. Determined to avenge his wife’s murder, he devises a plot to overthrow the Queen, a plot which sends Athan undercover to Etania to gain intel from her children.

Athan’s mission becomes complicated when he finds himself falling for the girl he’s been tasked with spying upon. Aurelia feels the same attraction, all the while desperately seeking to stop the war threatening to break between the Southern territory and the old Northern kingdoms that control it—a war in which Athan’s father is determined to play a role. As diplomatic ties manage to just barely hold, the two teens struggle to remain loyal to their families and each other as they learn that war is not as black and white as they’ve been raised to believe.

SP: Can you tell us a bit more about how this YA fantasy (with historical war elements) idea came about?

JH: When I was twelve, I read the memoirs of my great-grandfather who had fought in the First World War. I was stunned by the realities of combat he described, a teenage soldier confronted by the first horrific global conflict of the 20thcentury. He was not a soul meant for war and his experiences haunted him the rest of his life. Reading his memoirs sort of drove home for me the realization that these events involved real people — including my own family — and it sparked a youth spent devouring history books. Biographies, memoirs, battle accounts. I was fascinated by the stories of real people around the world who had faced extraordinary circumstances. The world was far more complex than I had first imagined it, and so, when I started writing the story that would become Dark of the West, I think it was only natural that it became about two young people on opposite sides of a brewing conflict, both confronted with questions about the past and the present as they fight for a brighter future together.

SP: What was the hardest part about writing Dark of the West?

JH: The hardest part, I think, is grappling with these incredibly tough issues of war, nationalism, revolution, occupation, etc. While the Dark of the West world is entirely made up, there is always the awareness that I’m navigating topics which are very raw and painful in our own world, and I have to be careful how I do that. I myself am a pacifist, but I’m giving a voice to characters who have many justifications for war. Some are noble. Most are less noble. The conversation is a large one, and I’m always making sure that every side is heard, and that the less savory perspectives are balanced with the true essence of the story which offers hope for a better world.

SP: Many of our readers are writers who are actively querying. So, let us drill you about agents. How did you end up with your agent? Was it Dark of the West that got you there? How did you know it was the right agent?

JH: Dark of the West didget me my fabulous agent (Steven Salpeter at Curtis Brown agency). I was in the Pitch Wars contest in 2015 and Steven read my sample during the showcase round. I knew he was the absolute perfect agent for me after our first phone call together. The way he talked about my writing and the characters and the themes assured me that he really “got” what I was trying to say. He was clearly invested in my heart for the story and also in my long-term career. An agent like that is truly worth their weight in gold! I strongly urge querying writers to listen to their gut and never settle for the wrong agent. That will do far more damage in the long run, and you absolutely deserve the best representation possible.

SP: Tell us a bit about your publishing journey. Was submission hard or easy for you? Was it what you expected?

JH: Submission is, unfortunately, never easy! Ha! Everything about it feels designed to get an author super stressed and anxious. You’re being judged and critiqued by some of the best in the business. But again, having the right agent helps immensely, because they will encourage you, support you, and only share as much information as you want to receive. Some authors don’t want to hear rejections, but I actually found them quite fascinating and didn’t mind hearing the passes. It’s all very subjective, at every stage of the process. I got lucky because my incredible editor was in our first round of submissions, and she has been the perfect champion for this book. It’s all about finding the right match!

SP: Last year, you were a PitchWars Mentor (is that right?) How was it being a part of that community?

JH: I’ve adored being a part of the Pitch Wars community. There is so much passion and support for young writers there – it’s incredible! Being mentored by the brilliant Katie Bucklein in 2015 changed my life forever, and then being able to return the favour and mentor the wonderfully talented Marilyn Chin in 2017 has been the best experience!

SP: We love to hear about marketing books. What are some tips you have learned?

JH: I’ll admit, I personally find self-promotion and marketing really tough to do. Talking about myself and my own books goes entirely against my introverted, shy nature. But I’ve definitely noticed that people love when authors have genuine excitement and share moments from their writing journey. It’s contagious, and I think that’s the best thing you can do: don’t be afraid to share your successes, but do it with kindness and humility. Ultimately, if you’re traditionally published, your publishing house is going to be doing the bulk of the marketing for your book. As an author, you rarely see that side of the curtain!

SP: Now to lighten things up:

JH: For years, I had no answer to this question, since I don’t tend to develop fictional crushes. But after I read The Scorpio Races, I realized that Sean Kendrick is probably the boy my teenage self would have fallen head over heels for!

City of Thieves by David Benioff. It’s historical fiction about the siege of Leningrad (St. Petersburg) in World War II. It’s alternately so funny and so sad. I really admire authors who can pull that off, especially when dealing with such a horrific period in history.

Black Beauty by Anna Sewell. It taught me a lot about the world, but through the eyes of my favourite animal. The chapter about the old war horse was my first introduction to the concept of war (and my childhood self was immediately furious that such a thing could even exist!)

Tea! Always tea. I guzzle so much during the day.

One of my favourite places I’ve ever been is Granada, Spain. I’m dying to go back and just write for a week. It’s the perfect place to be inspired — gorgeous and steeped in history.

SP: Thanks so much for sharing with us, Joanna! We wish you the greatest success next month as Dark of the West enters the world!

Readers, don’t forget to add Dark of the West on Goodreads or PRE-order on Amazon, and please connect with Joanna on Instagram (where she’s more active) or her website or  Twitter !

If you love in depth, high stakes, historical-fantasy blend, forbidden romance, war, and beautiful settings–you will want to check out her book!

Signing off, Nova–YA Author of fantasy and contemporary *Check out my latest BIG NEWS announcement here!