Pen Friends ~ Welcome YA Author Sara Fujimura as she shares about her latest book, Every Reason We Shouldn’t that came out with TOR TEEN in March! 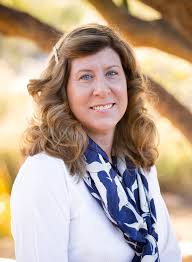 SP: Hi Sara! Thanks for joining us! Every Reason We Shouldn’t was released in March–a crazy time for a book to come out! Before we get to that, let’s hear about the book.

Sixteen-year-old figure skater Olivia Kennedy’s Olympic dreams have ended. She’s bitter, but enjoying life as a regular teenager instead of trying to live up to expectations of being the daughter of Olympians Michael Kennedy and Midori Nakashima…until Jonah Choi starts training at her family’s struggling rink.

Jonah’s driven, talented, going for the Olympics in speed skating, completely annoying… and totally gorgeous. Between teasing Jonah, helping her best friend try out for roller derby, figuring out life as a normal teen and keeping the family business running, Olivia’s got her hands full. But will rivalry bring her closer to Jonah, or drive them apart? 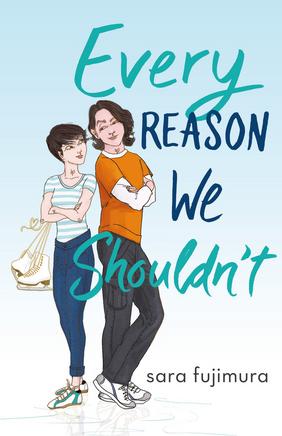 SP: Can you tell us how long it took you to write Every Reason We Shouldn’t and how this story idea came about?

It took about eight years for this book to go from idea to physical book. The sad thing is this was my fastest book to produce out of all three! So the idea that my next project, “Book #4” right now with Tor Teen, will come out in less than two years is a little mind-blowing.

I own a pair of figure skates and occasionally go ice skating, but I am not very good at it. What inspired EVERY REASON WE SHOULDN’Twas Apolo Ohno’s autobiography ZERO REGRETS, specifically the account of his teenage years. Ohno was at the crossroads of his career and had to make a decision: Walk away from the sport with the wins he already had or press on to see if he could make it to the Olympics. Spoiler alert: Ohno has eight Olympic medals in short track speed skating. I think he made the right choice. Jonah’s character came to me first, and Apolo Ohno very much influenced him. I saved the crossroads story for Olivia, though. I have two ultra-talented girls (now young women) in my life, and I got to see—thanks to their moms—what it’s like to be that one-in-a-million teen and all the unique challenges that come with being that high level of an athlete/performer. One is a dancer and the other a singer, but I wanted a girl who was into ice sports to work better with Jonah’s character. As super cheesy as it is, I love THE CUTTING EDGE. I wanted to write an updated (and much more realistic) version of the movie with teen skaters.

SP: ERWS is not your first story. You have many under your belt. Your YA novel, BREATHE, is set during WWI againstthe Spanish Flu pandemic, is now seeing a rise in sales. Do you think that is connected to our current pandemic? How does it feel that your book might be a comfort to some going through day’s crisis?

The last thing I thought people who are stressed about a pandemic would want to read about are…people who are stressed about a pandemic. The sudden uptick in sales of BREATHE tells me otherwise, though. Thank you! Maybe people are connecting to the bigger idea that this is not America’s first pandemic. There are so many echoes from the past right now, including people wearing masks, the rationing of some goods, and trying risky remedies to combat a disease doctors don’t have a cure for. What I hope readers hold onto is the idea that we did make it out the other side, and there was happiness again. People found love during difficult times. People, especially young women, suddenly found their purpose and the courage to stand up to outdated ideas. I hope readers will chronicle their pandemic experience for future generations. It can be in any form they choose: Diary entries, songs, raps, poetry, TikTok videos, clay sculptures, photography, letters to their grandparents, or anything! We DON’T want to do such a good job of forgetting COVID19 like we did the Spanish Flu.

Blurb: After being pressed into service as a nurse, seventeen-year-old Virginia discovers her innate talent, begins a clandestine romance with her father’s Italian assistant, and learns what it truly means to be a modern woman during the Spanish Flu pandemic of 1918.

SP: On your website it says, “I write stories for intelligent, adventurous, globally-minded teens who aren’t afraid to love someone outside of their own ethnicity.” Can you tell us how this unique calling came about?

That’s easy. I was a Girl Scout leader with my daughter’s troop for a decade. Though the girls had overlapping interests, they were all very different people with varied backgrounds. Seven out of eight of them were biracial, bicultural, and/or had one immigrant parent. They helped open my mind and stretch my storytelling skills to include a much wider audience. My girls (now adults) weren’t the exception, though. Gen Z is more diverse than any other generation before it, and modern stories need to reflect that. I want to do my part.

SP: Querying & Agents–what was your journey like before you signed with your agent? Rebecca is awesome by the way!

I have accrued so many rejection letters over my twenty-plus years of writing that I could probably wallpaper my entire house with them. As I got closer to landing an agent (Rebecca Angus of Golden Wheat Literary), the query letters began to change. It was still a rejection, but I often received personalized messages. Some agents/editors asked what else I had or invited me to send them my next project. Some of the agents worked on R&Rs with me or gave me great feedback on what wasn’t working. Even after the R&Rs, I kept hearing: “I love the story. I love the voice. I love the characters. But I just don’t love it enough” about TANABATA WISH and EVERY REASON WE SHOULDN’T, both of which feature a biracial Asian-American boy as the love interest. Then BTS took over the world, the market changed, and EVERY REASON WE SHOULDN’T sold very fast.

SP:  Publishing world. What was entering this sphere like for you and what is something you have learned long the way?

Very very very veeeerrrrry slow. My first professional paid writing gig was in October 2000 (!). I already had a full YA book written by then. That project is tucked away for good along with several others in various states of completion. I have wanted to give up on this career choice multiple times. In 2016, I almost quit for good because I was so frustrated. But after my son was hit by a car and a month later my father-in-law had a stroke, I decided to give it one more shot. My agreement with God/the Universe/whatever you like was that if TANABATA WISH sold ten copies to people I don’t personally know, then I would accept that my divine assignment was complete and move on to something non-writing related. TANABATA WISH has definitely sold more than ten copies, so I’m taking that as the divine assignment is NOT complete yet, and I should keep going with new YA books and projects.

SP: Writing style–are you a plotter/pantster? How do you go about writing your first draft?

I am a plotter. I use Blake Snyder’s SAVE THE CAT method to sketch out a Beat Sheet before I start writing a new project. I am not completely tied to it, but it helps me write faster (since I don’t have the luxury of 8+ years anymore). I brain barf out a full draft before revising, knowing that my subconscious brain has left me some great Easter eggs buried in the mess. I have a lot of holes and “[NEED SOMETHING HERE]” notes, but I try to lay the foundation as quickly as I can.

The one thing that completely surprised me going from indie-pubbed to traditionally-pubbed was just how short the revision periods were. I had to learn how to do a lot of very dense, concentrated work in a short amount of time. If you can practice giving yourself tight deadlines, it will help you in the long run. For me, I found moving to different parts of my house throughout the day helped me stay focused for longer. I also have a special playlist for each book. Finally, I let myself slip into full Night Owl mode during crunch times because I write better after 10 pm.

SP: Lastly, what are your thoughts about books coming out during this crazy time we all are experiencing and what can we do to support authors?

It is a challenge, to say the least. Business-wise, it is tough to compete against so many free, low-cost, and straight-up pirated books. Not being able to do in-person events like the Tucson Festival of Books and Phoenix Fan Fusion has also made things extremely difficult for me. That said, I am very fortunate. I slid under the publishing bar on March 3rd, right before everything went completely sideways. I’ve gotten some significant pushes from NPR, Buzz Feed, and Bustle, but those things aren’t a given, and I had no control over them. If you can afford to buy an author’s book, please do! If you can’t, please use your library or borrow a copy from a friend instead of pirating books. One of the best things you can do, which doesn’t cost a cent, is to leave a rating and review for your favorite authors. It doesn’t have to be five stars or a doctoral dissertation. Honest reviews with a few sentences about what worked and what didn’t work for you are fine. If you don’t like the book, though, please don’t tag the author on the negative review.

SP: Now to lighten things up:

Would you rather be a professional: Marine Biologist? Spy? Opera Singer? Brain Surgeon?

Right now, a marine biologist because my latest YA project takes place partly in the Atlantic Ocean, and I don’t know jack about so many things. Lots of holes and [???] in this project’s first draft.

Favorite childhood book?  HAIL, HAIL CAMP TIMBERWOOD by Ellen Conford. Going to Girl Scout camp was the highlight of my summer growing up, so I love (and own a copy) of this teen camp story. Ellen Conford (who has since passed away) even signed it for me at a writing conference about a decade ago. I was all fangirly about meeting her, but she was so sweet and chill about it.

SP: Thank you Sara, congratulations again on Every Reason We Shouldn’t! Find Sara on Twitter, her website, & Amazon!