What qualifies as a Real Boy in young adult novels?

The boy next door? The rebel? The savior?

Who or what composes the right boy protagonist? Many people have their ideas.

People argue that they are too perfect, too strong, too brave, too good looking, and whose Peeta Mellark’s love, devotion, strength, and life-saving capabilities raise an unreachable standard for real boys. But I don’t think so. Because I see all of those things in the real boys around me.

This subject intrigues me. Not only do I love reading about boy protagonists in Young Adult novels, I also like writing them. I (foolishly?) believe that the boys we read about can be closer to who boys actually are than what we give them credit for in reality. Call me crazy.

First, let’s get one thing straight: this is fiction. Readers don’t often gravitate to the average characters or the average dialogues– readers look for a story to lose themselves in– the boys may be all too perfect, but they love them for it. Second, I’m focusing on the more positive qualities of boy protagonists in YA.

In terms of love, there’s an old proverb in the bible which says, one of the great mysteries of life is, “how a man loves a woman,” the same book says that men are designed to “love them so much that they should be willing to lay their lives down for them.” That seems like a young adult novel to me. And history proves this has  been done before. Look at the Titantic.

Strength and bravery: A few weeks ago, my husband and I witnessed a tragic car accident, and who raced to the scene to help before the ambulance arrived? 5 men who ripped apart that crushed upside down car so determined to save the lives within it, I was brought to tears.

Limits and risk taking: My first child is a boy. As an 18 month old, he tried to defend me  and fight on my behalf when he perceived a threat (which actually wasn’t real, but appeared real to the little guy.) I was shocked at how he instinctively raced in between me and the “threat” to save me! As I watch him grow up, he hasn’t changed. He always wants to show me how strong he is, protect me and his sister, push his limits, take that higher jump, and is obsessed with taking down bad guys with his light sabers (and he has never seen star wars!) 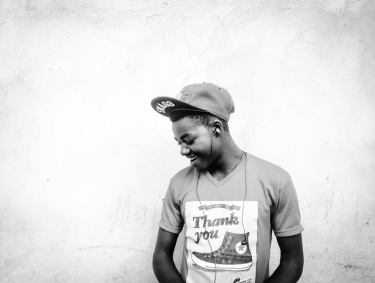 Most boys, if they are honest, will admit that they have dreamed of saving the girl, fighting the tyrant, and bravely sacrificing themselves for others. They have done ridiculous things for love, written undying love letters, climbed that dangerous peak, jumped off that cliff, and if they hadn’t, something inside told them they could do it, if they tried.

If we take a closer look into the boys around us and let them, (unashamedly) act in their true form, no doubt you will see protectors, fighters, and risk takers–and while girls get branded for being more romantic, I’ve seen far more boys risk everything to win a girl they love. (If you don’t believe me, go to Italy. I lived there, and seriously, boys really do serenade girls and come to their windows at night professing love.)

The boy characters who are brave and gentle, who protect and stand up for those who cannot stand for themselves, call out real boys to do the same. I don’t think its unrealistic, but a reflection of who they are meant to be. This is not to say they are without fault. There are some messed up people in life and books. (Bad guys do exist.) We all have our weaknesses and fears. We all still need patience and people to encourage us to grow and change into heroes. Aragorn, who was seemingly fearless, still doubted and struggled to walk out his true destiny. But is it too much to hope to have a boy like Peeta who was loyal to one girl? Don’t think so. Or too unbelievable that a hero is a supermodel? He could be to us. Four, in Divergent, was not described as a Theo James in the book. Four wasn’t super good looking to anyone but Tris, who found even his imperfections attractive.

All the pics are “real boys” – not models, not famous, just boys who are boys, who mow the lawn on saturdays and love their moms, wives, sisters, and is a hero. Sometimes, it just takes others believing in them.

Nova, signing off from the Northwest.

***NOTE for the girls: We are brave, strong, beautiful, and sacrifice our lives too! *history can prove that too. Not discounting that, just talking about boys this post. In fact, I think the recent surge in women hero/protagonists is finally portraying what women can do 🙂 Maybe I’ll post about us soon. But I actually write BOOKS about us.