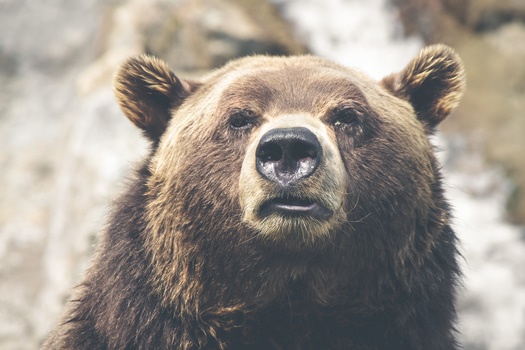 We often talk about creating characters, but what about those stories that feature animals as the heroes? There are several great books (and series) with animals manning the cast, while other stories include animals playing side (yet still important) roles. Whether your animals speak, your human character happens to have the ability to speak to them, or you’re writing a story with fantasy creatures, the depth and breadth of possibilities with non-human characters are endless.

Some great examples of stories populated with only animals are Brian Jacques’ Redwall series, the Poppy series by Avi (one of my favorites as a child), the classic The Wind in the Willows by Kenneth Grahame, or Charlotte’s Web by E.B. White. I’m sure you could add several others to the list, but those are a great starting point for displaying the diversity within the “animal” genre. *(I’m not sure there is such a genre – but there should be!) 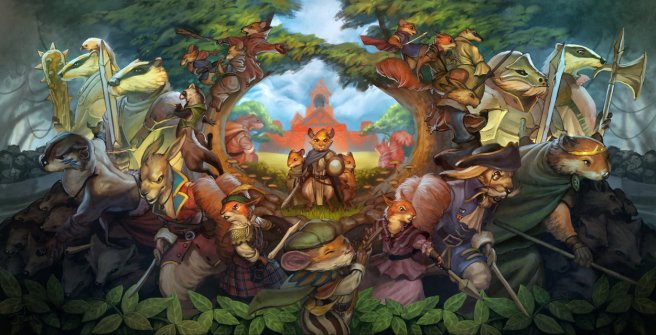 With Redwall (see above image) you have a whole multi-dimensional culture packed into the world of these animals, and they don’t just war with each other, they suffer as slaves, kill their enemies, and on a lighter note, they wear clothes, and love cooking and baking. In Poppy, the cast of characters is much smaller, and the challenges they face are slightly more realistic for real animals. (*No one wears clothes, unless you count an earring. I did say slightly more realistic)

The Wind in the Willows, meanwhile, is like a refreshing walk through a more innocent time and setting, with pastoral England as the background for Mole and friend’s every day activities, and the world they interact with is very similar to a human’s: clothing, boats and even cars are present.

In Charlotte’s Web, the animals seem to have a rose-tinted life at the farm, but the realities of animal life serve as a way for young children to encounter such topics as the death of a dear friend.

So what does this sample tell us about books whose cast are all animal?

That the characters are anthropomorphic in their way of thought at the very least, and their overarching stories and goals will usually bear more of a resemblance to humans rather than their real-life counterparts. Instead of being disillusioned by this realization, as a writer you should consider if your audience *(children, teens or adults) would be more receptive to the story you are telling if there was a degree of separation – something which animal characters can lend to the harder truths an author may want to tell. Of the above sample, only The Wind in the Willows escapes without a main character dying.

My examples will be unabashedly drawn from my reading experience here: Julie of the Wolves (series) by Jean C. George, The Princess and the Hound by Mette Ivie Harrison and for a totally different genre: A Loyal Companion by Barbara Metzger. 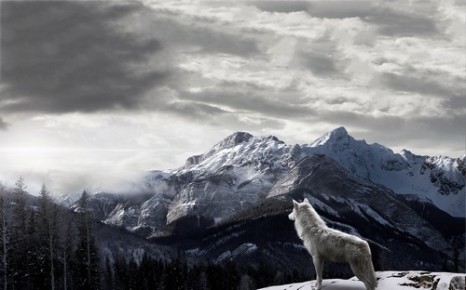 Julie of the Wolves should be obvious: Julie joins a wolf pack after running away from home in Alaska. She has perhaps the most realistic story when it comes to her companions – she has to cautiously win her way into the pack, and even once accepted is in danger from jealous packmates – yet she survives in the end thanks to “becoming one of them.” (The third book is told from the wolves’ perspective.) 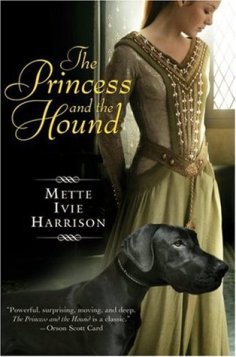 It’s almost difficult to draw the line on whether Harrison’s take on the animals in her story (namely the titular Hound) are more akin to fantastical creatures or those of real-life. Nevertheless, the majority of these animals are simply that, and the magical ability to communicate with them is what ultimately  drives the plot – that magic is seen as unnatural, and just like with the witch hunts, people die for they’re accused of being able to speak to animals. Yet plot isn’t the only thing the animals are used for; several are characters in and of themselves. Harrison’s ability to keep her animals realistic even when they have been transformed by magic is a great model for any writer looking to have a complex animal character who meshes animal instincts and thought with the complexity of human emotions.

If you’ve never heard of Metzger, that’s probably because she’s a romance writer, not a fantasy or YA author. Still it’s worth looking at her ability to include animals as 1. companions, 2. plot progression 3. humor and 4. unique perspective. Her animals are not always realistic – Fitz the dog speaks of Roman history, makes puns and schemes to bring his mistress happiness, but he also engages in well-known dog behavior and manages to both advance the plot and to endear himself to readers.

There are endless examples, but I’ll focus on two authors and their use of fantasy creatures: Philip Pullman (His Dark Materials series) and Robin McKinley (Dragonhaven and Pegasus). Pullman creates a new type of creature: dæmons, whose outside appearance is that of an animal, but whose essence is something else entirely. The connection between the characters and their dæmons is the basis of an extremely complex tapestry of worlds and cultures, but they aren’t just there for the characters to dialog with; they have their own desires and motivations, and much of plot of the first book revolves around the mystery of their existence.

So dæmons are an original creation in their essence (explaining those details would count as a spoiler!). In comparison, you have Dragonhaven, where McKinley handles the dragons in two different ways: dragons in Dragonhaven don’t kidnap princesses or hoard jewels; they’re more like an endangered, ancient species of animal that have their own way of communicating – much like any other species of animals. The story could almost be about a boy and the extremely dangerous, endangered fire-breathing tiger. (But that wouldn’t be as enthralling). But she doesn’t repeat herself when it comes to pegasi (her word for multiple pegasus). 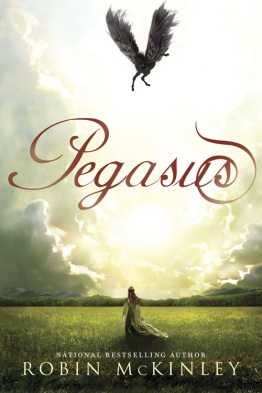 With Pegasus, she handles the fantasy creatures as a difference race: they seem more intelligent, enlightened and powerful than their human neighbors, and though they are capable of communicating with humans (through devoted translators) they prefer their own lands and company. The plot here revolves around the need to regularly strengthen the alliance between the two kingdoms, which requires a bond between the human royal family and chosen pegasi, and the difficulties that arise when a bond is formed too easily.

Lessons to take away from these fantasy examples? Whether creating an original creature or writing a new take on an ancient one, both the creatures and the world(s) they inhabit need to be well-thought out and complex. Simply taking “understood” truths (dragons breath fire, unicorns love virgins) isn’t enough. If you’re using fantasy creatures to spice up your story, let them be as complex as your human characters. Research, yes, but listen to them as you would any other character. They may surprise you with what role they’ll play in your story.

Watership Down by Richard Adams

Birth of the Firebringer by Meredith Ann Pierce

The Scorpio Races by Maggie Stiefvater