Pen Friends ~ Please welcome YA Author JUNE HUR talking about her upcoming novel, THE FOREST OF STOLEN GIRLS, publishing journey, writing the second book, and so much more! I’m beyond excited to have June here with us today. Her books are gorgeous and the kindness and knowledge she shares with the writing community is priceless! 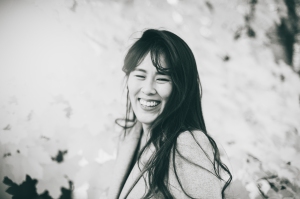 SP: Hi June! Thanks for joining us! Before we get into book stuff, we’d LOVE to know a bit about you and your writing journey?

8 years and two failed rounds of querying later, I put aside my first book and decided to work on a new project. A Korean historical mystery. I didn’t think anyone would be interested in a police drama set in 1800s Korea, but I didn’t care at this point and just wrote the book for myself. Fortunately, as I was browsing through Manuscript Wish List, I found an agent who was passionate about diverse literature, and so I decided to send a query her way. I didn’t think Amy Bishop would actually offer. But then on September 20, Amy emailed me with an offer and shared that my debut was a book she wished had existed when she was a teen.

SP: The Stolen Girls will come out April 2021 by Feiwel & Friends, Macmillan. Please add on Goodreads and check out her amazing debut, The Silence of Bones, while waiting!

Here’s the blurb for The Stolen Girls:


1426, Joseon (Korea). Hwani’s family has never been the same since she and her younger sister went missing and were later found unconscious in the forest near a gruesome crime scene.

Years later, Detective Min—Hwani’s father—learns that thirteen girls have recently disappeared from the same forest that nearly stole his daughters. He travels to their hometown on the island of Jeju to investigate… only to vanish as well.

Determined to find her father and solve the case that tore their family apart, Hwani returns home to pick up the trail. As she digs into the secrets of the small village—and collides with her now estranged sister, Maewol—Hwani comes to realize that the answer could lie within her own buried memories of what happened in the forest all those years ago.

SP: The book cover is outstanding! I’ve never seen anything quite like it! What were your thoughts when you first saw it?

When I first saw the cover, I was absolutely blown away! I thought it was so intriguing that the cover wasn’t saturated in green, as I assumed it would be, since my book’s title has the word ‘forest’ in it. Instead, in choosing white as the main color, I feel like it creates a sense of mystery and makes the word ‘forest’ pop out more due to the contrast. I also love the two girls hidden in the cover, as it really reflects the heart of the story—the search for thirteen missing girls.

SP: How long did it take you to write The Stolen Girls and how did this story come about? Was the second book harder to write than the first?

I began brainstorming this novel around two years ago, but never got around to doing anything much with it until I realized I needed to get started on my second book in the contract ASAP! I began writing it in earnest during the last half of 2019 and sent the polished draft to my editor by the spring of 2020. Writing the second book was so hard, and it was probably one of the most stressful experiences I’ve ever had to go through, mainly because I lacked the luxury of time and the freedom to fail. I spent years writing then ditching one version of THE SILENCE OF BONES for another, playing around with plot and character until I finally felt confident enough to commit to the story. But with my second book, as I was under contract as well as a deadline, I had less time to play around with ideas, and definitely not enough time to ditch one idea for another. When I wrote the first draft, I was devastated, because I wasn’t sure I liked the characters, or the plot, or the historical aspect I was focusing on. But I had to commit and it was terrifying—investing that much time into a work you know will end up getting published, but a work you’re not certain you’ll love and be proud of. In the end, THE FOREST OF STOLEN GIRLS turned out to be one of my greatest achievements. Mainly because I watched this manuscript go from being a hated second book to being a book I’m immensely proud of.

SP: Are there any characters that surprised you along the way?

Maewol, the youngest sister, surprised me. She infused the book with touches of humor, and humor is something I thought I’d never include in my books, as I tend to be very dark and melancholic when storytelling. My favorite part about writing this book was writing the last chapter, mainly because there’s a particular scene in it that I was writing toward for months.

SP: What part of the writing process do you most enjoy? The first draft? The development in revision? The final touches?

Write what scares you. The only way to grow as a writer is to constantly challenge ourselves.


A few fun questions. Is June a…
Plotter/pantster?

If I had your face by Frances Cha

Would you rather be a professional: Marine Biologist? Spy? Opera Singer? Brain Surgeon? OR?