Until the New Year you will witness every juicy (or completely stagnant) detail of our SP Staff Member’s querying life in the SLUSH PILE!

(Check out our rules and reasons in our intro post here!)

Will CR’s/Write_Or_Left achieve AGENT success? Or will it result with a querying and MS reboot? Dying to know? Follow us to see how Write_Or_Left ‘s querying journey will end up!

***Note: There will only be two episodes in November & December!***

SO…..Today is the 4th week of CR’s journey. On the last episode, we whooped you his query. Today, we will not only hear from CR but we will dissect what a query should have! The first two people to comment will get a free query critique from CR & Nova.

But first, let’s check in our with brave querying fellow and see how things are progressing. (Click here for Episode 1 & 2 & 3.)

SP: Ciao CR/Write_Or_Left. As always, let’s start with the STATS. How many more queries have you sent out?

How do the personal rejections feel?

To be perfectly honest with you, I’m in a query slump. With final projects due, I don’t have a lot of time to work on it, but that’s not the only reason.

Querying makes you doubt yourself as a writer. Not necessarily the rejections, but more so my own thoughts have caused this. I continually compare my story to published books. I ask myself, “Would anyone really want to represent this?” I start to wonder about my characters and about my narrator’s voice. Because of all this, I am starting to think I need another round of editing, possibly a big one.

All this to say, I sent 0 queries.

When the personal rejections pop up in my inbox, it’s usually gratitude that I feel first. Someone actually bothered to read what I sent them and even emailed me in response!

SP: Querying can be weeks of silence (oh, the painful months of just crickets!)–how are you holding up? How have your views of querying changed since you started?

Like I said before, it’s starting to weigh on me. Not because of what agents have said, but because of my own doubts. Like many others, I am my own worst critic.

My views have changed immensely, mostly by raising my standards for myself. There’s a lot of great work out there, and mine just isn’t quite at the level yet!

SP: Thanks for your honesty, CR. Publishing can be a tough business and as writers, we have all been there. But the ones that make it are the ones that don’t give up when those rejections come. In the long run, those rejections prepare us for success–! (I think our next post should address attacking self-doubt! BUT FOR TODAY…)

WE WILL take CR’s Query and break it down in order to show you the few main parts that query should have.

First, keep your query as concise as possible. Do not add extra details that do not show us these main things:

NOW, let’s see how CR has done this~

12-year-old outlier Evander Ross knows there’s something special about the book his Grandpa tried to destroy. But he never would have guessed it would almost get him killed. Three times. (Here, CR has introduced his main character & a small hook! Great job!)

Despite his mother and grandfather’s efforts to shield the truth, Evander accidentally discovers traces of a strange world in one of his family’s many “forbidden” zones in the city. The Gifted World is everything Evan has dreamed of—a place full of strange creatures and new abilities, but also great danger. Within it, Evan nearly dies at the hand of Katerina, one of the Gifted World’s most wanted criminals; he finds Lumen’s Middle-High—a school that finally understands him; and he’s taken by authorities who tell Evan that he will never be accepted in the Gifted World—that his family was banished long ago. (Here he set up the story with a premise and a problem, told us what the character wants, and what is stopping him.)

Evan is now eager not only to discover his family’s true past but also to find his way back and prove the Marshals are wrong about him. So when Evander learns that Katerina plans to attack Lumen’s Mid-High, he takes his chance. But no one believes him. Now he might be the only one that can stop her threat. And if he doesn’t, Lumen’s and everyone in it might be completely destroyed. (Here, CR showed us more of the goal/hook/conflict and what is at stake if the MC can’t reach his goal!)

SP: TIPS so you don’t go crazy while treading in the slush pile!

The first link below is a LONG list of pitch contests and their dates:

Don’t miss out on a chance to have an agent read your work!

The second link is an authors journey to getting her agent thru twitter!

I Got my agent on Twitter! 10 Tips for online pitching contests! 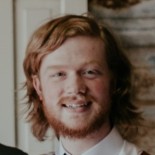 3 thoughts on “Querying Show Episode 4: A Query Breakdown–Show me the Stakes!”